The third year of the ABS bouldering race is over. Changing the format of the race to a competition without a performance limit proved to be a good move. We did not lose anything in the number of competitors, but the quality of climbing performance certainly went up. Almost the entire Slovak top team took part in the race, despite the corona-travel complications of the Sisters Jánošová, they came from the Czech Republic.

Photos from the Qualification

Almost all favorites passed through the qualifying sieve in the men’s category. The pity was the fall of some “orthodox” boulders, who, despite the otherwise nice climbing, were surprised by an unusual 20-step piece and did not heat it. In the Slovak race, it´s already quite a tradition that all women are advancing to the final, so the qualification takes place there only as a variety of waiting for the finals.

Photos from the Finals

The evening finals took place in the “world-class” format. Jakub Švub fought the best among men and collected 3 tops with a perfect performance. Kubo Fábric and home team member Tomáš Plevko (third place) had one top less. For women with 4 tops, Markéta Jánošová won in front of Maťa Buršíková and Mariana Jánošová. 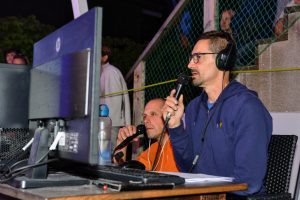 Overall, in my opinion, great races, well-built boulders (Zavaky, Marek), good climbing performances, exciting until the end. As a novelty, we tried the commented Livestream for the first time, and despite several initial problems, it was quite observable. Thanks to Katka, who managed it all technically, and Kmeťo, who did the comments really professionally. We want to do it in the future as well, it is one of the variants of climbing promotion, perhaps more sensible than expensive and labor-intensive squares.

To make matters worse, the next day we continued with the children’s K2 Kid race. 60 children from all over Slovakia fought in three categories, each with 6 (7) boulders, builders Šaky and Marek.

If we were almost certain when building “adult” races that the boulders would be well hit by the difficulty, it is always a lottery for children. We didn’t win the first prize in it, but in the end, we got on to my surprise quite well. The kids were sorted, they fought, and topped in every category for the last few seconds.

Otherwise, children’s races are one tearful valley, they cry before the race, during the race, and after them. For me, the best reason to cry was to find that start number 2 does not automatically mean second place in the race. We also contributed to a few tears by miscalculating the results, for which we apologize once again. We haven’t done a children’s race for a long time, we somehow forgot about the need to post and check the results before the announcement. We will be careful next year.

Despite the mentioned mistakes, we are therefore satisfied. Organizing a race is a lot of work and money, but after a long time, it kind of made sense to me. On the one hand, excellent performances of climbers, good participation (especially in children’s categories), the overall atmosphere. but also the possibility of testing new models of holds and structures in the “racing” style of boulders.

In conclusion, I would like to thank all the competitors for their nice performances, all the organizers who helped and I hope that in a year we will meet again in the same format. We will try to make it all even better. 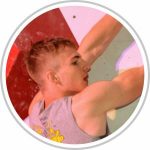 “The races were amazing, movement and power boulders by Marek Repčik in combination with technical boulders by Zavaki were the perfect combination for simulating world-class races.
” 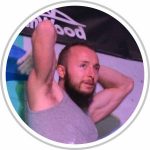 “On-sight style races fit me well as me being a route-setter, thanks to that I can find the right beta, which is probably missing from other competitors. What I miss again is the strength and it was shown on the last boulder which was probably the only one demanding in terms of strength. The other final boulders were technical and did not require as much force as good footwork and coordination. I think we are well on our way to learning the art of gluing and such races will only help us.” 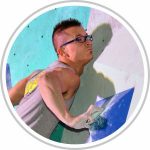 “It was the best race ever organized in Slovakia in the discipline of bouldering :)” 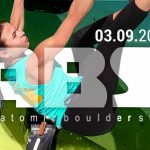 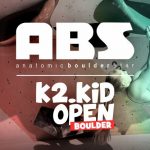 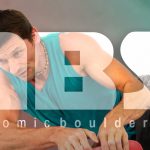